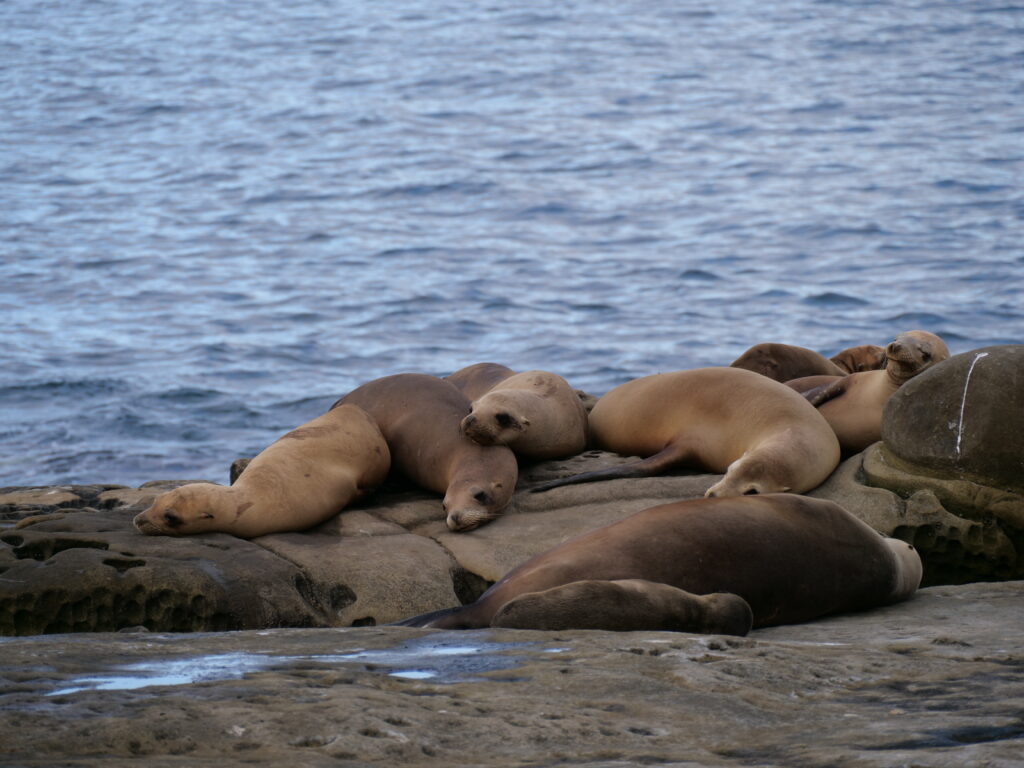 The hind flippers of sea lions are capable of rotating toward the front of the body. They are often used to walk or gallop on land.

Harbor seals belong to the Phocidae, or true seal family, that is thought to descend from a terrestrial weasel-like ancestor. Seals have no visible external ear flap and are known as “earless.”

Harbor seals will never be seen piled over one another. Unlike sea lions, they take extra precaution to stay away from each other and never touch. Moms and their pups are the only one who may be seen nuzzling noses.